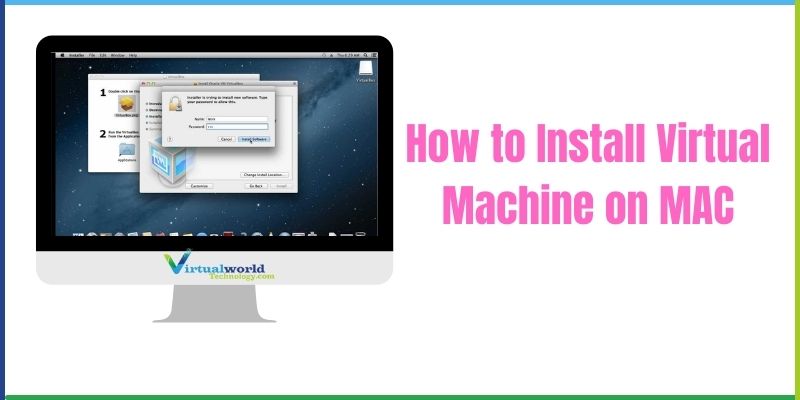 Hi, if you are on this page it is because you want to try MAC OS on a Windows computer and you don’t have a MAC.

You must know, in fact, that the Apple operating system can be used only and exclusively on such computers. This guide is for educational purposes only, also because to install virtual machine on mac.

What you need to install virtual machine on mac

Let’s start by saying that it would be theoretically possible to install MAC OS directly on your PC, but the software performs a compatibility check that would block the process, as it would be recognized that your computer is not from Apple.

There are guides for installing the operating system on these PCs, but they usually use modified installation images to avoid this compatibility check.

I, on the other hand, prefer to show you a procedure that from a practical point of view does not involve particular differences.

Given the hardware power offered by most of today’s PCs, having MAC OS installed on Windows with VirtualBox would make no difference compared to having it installed directly on your hard disk.

The latest version of VirtualBox is downloadable from the Oracle website

ISO image of the MAC OS version to be installed (in our case Catalina, as Big Sur is too recent and not yet supported by VirtualBox Guest Additions)

How to install virtual machine on mac?

We configure the virtual machine to install MAC OS on Windows

First, install VirtualBox after downloading it (I recommend you install the Extension Packs too ). At this point, we configure a new virtual machine.

If you give it the name “MAC OS” it will automatically take over most of the settings.

You will then be asked to configure a virtual hard disk: select the first option and assign at least 50GB to the disk.

Some of these settings need to be applied later in the setup wizard.

Let’s add some parameters to the virtual machine

At this point, you need to run the virtual Box configuration file which will add further settings to the virtual machine.

This step is critically important to make MAC OS work on Windows via VirtualBox. Without these configuration parameters, MAC OS will not work.

We need to mount the MAC OS disk in the virtual host reader of the machine on which we need to install it. Once this is done, we start the virtual machine.

Start the installation and configuration

Everything should start automatically and after the boot phase, the installation menu will welcome us.

You will need to initialize the disk and provide some preliminary configuration information. At the end of this phase, the installation will start which will take some time depending on the speed of the computer.

At this point, you just have to enjoy your MAC OS on Windows via VirtualBox.