Do you want to know about the “HTC Vive virtual reality system – 99hahz044-00”. Here are the short details. Please keep reading to know about it.

Imagine putting on some glasses and being able to travel to another world, a remote place where the same laws of gravity apply, a place where you move exactly as you do here and you can interact virtually with everything around you.

It might sound like science fiction, a version of what we saw in feature films like The Matrix, Gamer, or Avatar but no, technology already gives us experiences like this and HTC Vive is the first Virtual Reality device that allows a certain degree of physical displacement and real hand tracking.

The HTC Vive has seemed to us to be a before and after in their field of virtual reality, as was the case with the first iPhone in the smartphone market at the time.

HTC Vive, what is it 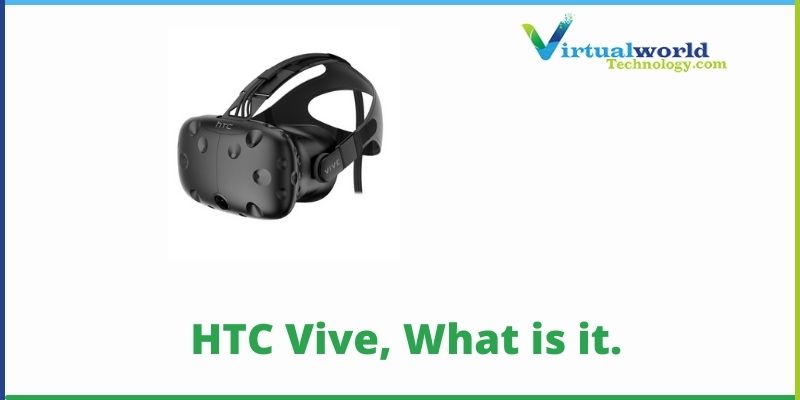 Within the current alternatives that exist in the virtual reality market, we have two types of well-differentiated solutions. The first one offers an immersive experience from a stationary physical point.

With these models, we can look in any direction but there will be no recognition of physical movement or tracking of our hands.

HTC Vive, however, belongs to the second type of virtual reality solution. In this group, in addition to the above, the hands are part of the game and the user sees their movement reflected in real-time: position, rotation and a different type of action thanks to the dedicated buttons on the HTC Vive controls.

The first time you pick up the controls with your glasses on, you can only be surprised at how fast and faithful it is to the movement you make with your hands.

In fact, HTC Vive goes a step further by offering the possibility of monitoring within a game area that we define when we configure the system.

That is, you can physically move by taking steps within that game area and that movement will be reflected in virtual reality.

Both facts, hand tracking and physical movement make the experience capable of plunging you fully into that virtual world.

How the system is configured to work? 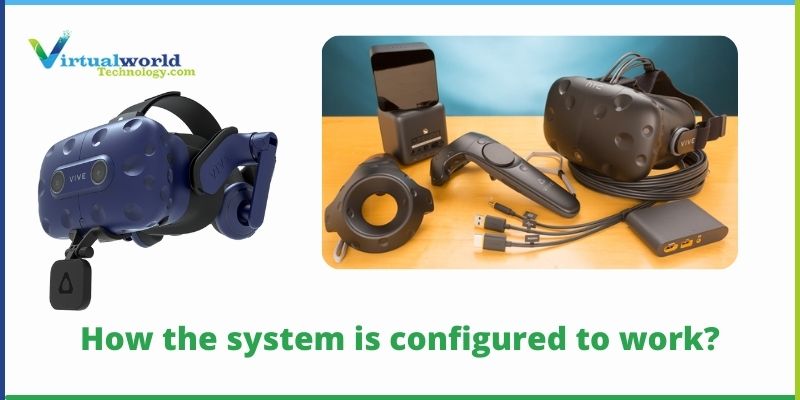 HTC Vive is a system of peripherals that connect to the computer via USB and HDMI or Displayport.

The box in which HTC Vive arrives is large, not surprisingly, and we are going to show you a list of its contents to later comment on how the system is configured to work.

For proper operation of HTC Vive, a powerful computer is recommended, you will have heard it on numerous occasions and you will continue to listen and read it. Now, how powerful? HTC recommends a PC with at least the following specifications :

The HTC company has brought to the table an exciting technological solution that allows you to immerse yourself in different worlds, to live unique experiences such as pretending to be a gourmet chef who has to open the refrigerator to get the ingredients, a pot to cook them or take a step to the side and look behind him to find that dressing that is missing.

The most interesting thing about this solution is that you don’t have to spend hours learning how to handle it, with a little notion of how the controls work in each game, you can start enjoying it.

The graphic quality of this solution is good, although not perfect. The screen for each eye has a resolution of 1,080 x 1,200 pixels and due to the distance from the eye at which they are attached to the lenses, they make them visible, that is, you will notice the existence of pixels if you look closely.

It is also true that the sensation of immersion in that alternative reality makes you forget this detail in a matter of a minute.

Now, we also have some uncertainty about the future of HTC Vive and the Steam VR platform. Will we have franchise games?

Experiences and games that are worth the outlay of money? Here we are in the hands of developers and big studios to give that push to VR.

HTC Vive is a unique technological solution with its control system. In a way, it seems like augmented reality by being able to have that form of control that is so natural in virtual reality.